Written by Bo Stevens
Updated over a week ago

It now is possible to include your Teams URL - once created in Carerix - into an email template. This makes it possible to easily share the URL to the outside (non-Carerix) world with candidates and contacts. Read more on how this works in the dedicated Microsoft Teams article on the Carerix Help Center. 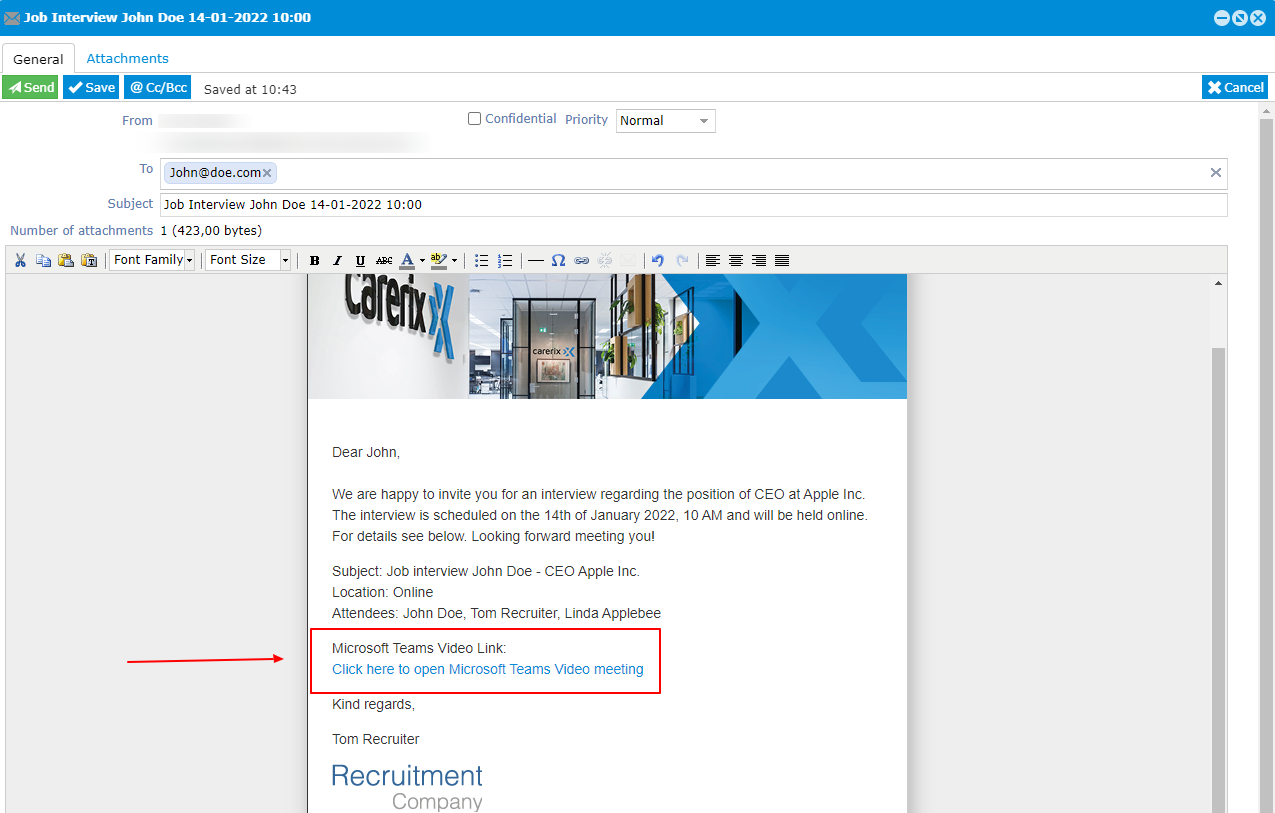