Written by Alex de Wekker
Updated over a week ago

Starred is expert in continuous feedback in general and for recruitment flows. You can automatically send invitations to candidates or contacts to fill-in specific feedback forms. The feedback results can be seen in Starred using filters and dashboards.

Only for administrators. If you don't have the fieldset 'Starred' yet, it needs to be activated for you first. Please contact your accountmanager.

According to the configuration, you can use 'type of meeting' and 'type of task' to schedule the invites for the feedback. Feedback can be sent to candidates related to the task or meeting. So when you create a meeting with the configured type, a configurable amount of days later the candidate receives an email with an invitation to fill in a feedback document. Mail and document can be edited in Starred as you wish.

When submitted by the candidate, the feedback will be available in Starred

You can track 'type of meeting' and 'type of task'. Just add a special tracking code in the corresponding data node 'Code' field. The tracking code always has the following structure:

if there is an existing code for another feature, please use ";" to separate them

NOTE: 0 is not supported. For non-supported values default '-1' will be used.

STARREDFROMEMAIL - supports 3 formats. Important: Email address must be registered in Starred otherwise, your invites will not be sent.
a) static email - registered email address in Starred, e.g. andrey@carerix.com
b) variable email - will calculate sender email based on related records in your activity. Works with business email address only.
Possible values (include the "{}"):

c) variable email with fallback - same as above but will use specified fallback if the sender email is not found .
Possible values (include the "{}"):

Starred invitation template must exist in this language. If it doesn't the whole invite batch will fail.

On the right side the API URL is displayed. You need the info from the url for your code. E.g. the url:

leads to the Starred-part of the code:

Which leads to the entire code:

Temporarily disable tracking for a specific type of activity
If you want to temporarily suspend the tracking or you are waiting for production go just add 'starred-off' at the beginning (e.g. starred-off:candidate:...) of a tracking code and save it.

Permanently disable tracking for a specific type of activity
Just remove the whole tracking code from data node and save it.

Disable tracking for all activities
Apply the above option for all types of activities you have configured previously. Alternatively you can disable Starred functionality completely from your Settings screen.

Viewing invites and responses in Starred

The invites and responses are visible in your Starred account. Around midnight types of activities with starred tracking code will be collected and converted into Starred invites. To view the invites 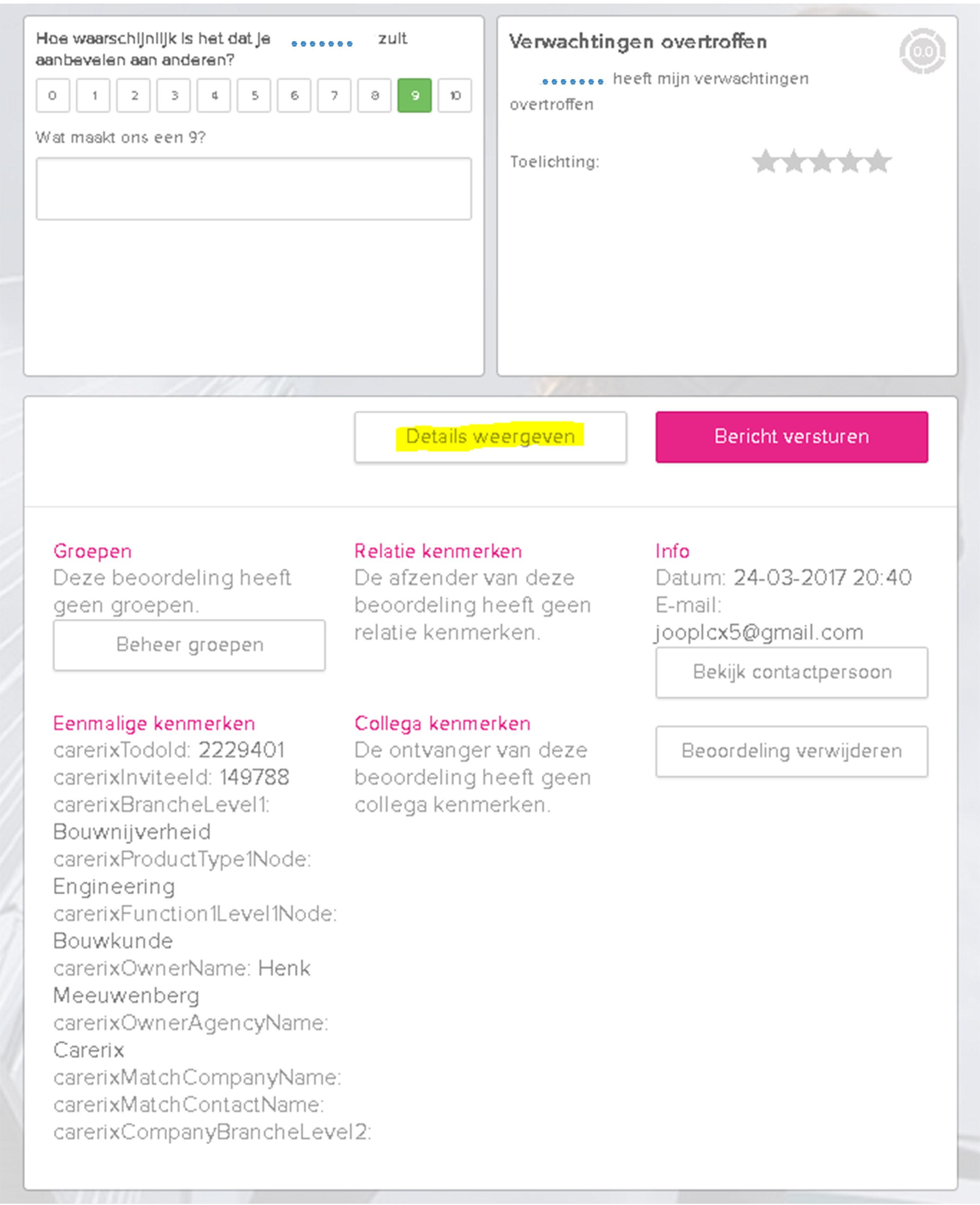